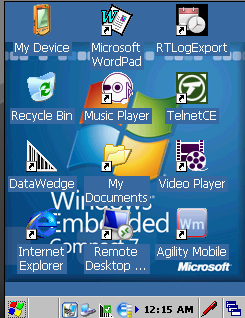 A new product build update has been released – Build 562. This update brings all new WiSys objects using the latest Microsoft .Net technology as well as several enhancements to our update process, Agility and our handheld applications.

Build 562 highlights are summarized below. Please visit our documentation page for more details on this release.

New In-Transit Objects Forms
In Transit Inventory allow you to transfer inventory from one location to another using a temporary location to store the items while in transit. In Macola, when a status is changed to Shipped or Received, all items will process to a shipped or received transaction status. The WiSys In Transit Inventory applications allow In Transit inventory to be managed on a line by line basis vs the entire order.

Client Build Release Check
Every time you launch a WiSys application, such as Agility, we will check to see if any of the three components to our software are out of sync. The components are the Server, Client and Database.

Auto Updater
We have developed a method to auto update a client workstation so the system administrator no longer needs to visit every workstation to run the client updater after a new product update.

Agility Mobile
As we continue to move toward being able to run on additional platforms, such as tablets, what has been known as Pocket ES is now Agility Mobile.

EDI Parent / Child Enhancement
Prior to release 562, WiSys required that each Ship To address must exist in the Data Mason’s Trade table in the Trading Partner ID field in the EDI database. For Macola ES customers only, beginning in release 562, we have added support to the Parent/Child relationship Macola ES allows.

Support for the MC9200
The Motorola MC9200 is the latest in the line of MC9000 series of handheld devices WiSys supports. The MC9200 has more memory and a faster processor.

PO Receiving Forms Support Blanket PO Releases
Both the PO Item Receiving and PO Receiving forms allow entry of either a PO number with or a without a release number for the PO Lookup and validation.