How a growing, online restaurant equipment and supply store used WiSys Agility to increase shipments by 400% 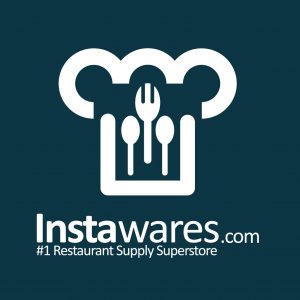 Instawares is committed to delivering extensive product selection and competitive prices, along with the most current availability and pricing status for each product. This creates substantial information challenges and means they must manage their operating costs aggressively. Keeping costs low requires processes for close product movement controls that extend all the way from the product manufacturer, through to the customer’s door.

Instawares’ head of technology, Enrique Aguirre, had selected and implemented Macola Software as the foundational technology to support the business processes that would enable Instawares to deliver its value promise to customers. Instawares implements a best-practices process approach that minimizes the amount of inventory maintained at their warehouse, thus keeping overhead costs low. Whenever possible, orders are collected by the Instawares website, passed directly to the product vendor who then drop-ships the ordered items to the end customer. This was very efficient and cost-effective, but there were still many situations, such as manufacturer minimum orders and returns where Instawares needed to warehouse the inventory. While the company does not warehouse the bulk of the 300,000 products they must still manage several thousand SKUs in their own warehouse facility.

While Macola provided the foundation for supporting the product movement processes such as receiving, binning, picking, packing and shipping, the process still remained manually intensive. These manual components incurred costly overhead and delay, which put the company’s commitment to competitive prices, accurate inventory and availability at risk.

The Instawares business model provided a great efficiency advantage overall, but there was still more they wanted to do to build a state-of-the-art process. Aguirre had recommended and implemented Macola and since he was very familiar with the product he also knew of its product partner, WiSys. He believed that WiSys Agility would be the solution he was looking for to extend the Macola system all the way to the warehouse floor providing the total efficiency he was looking for.

“To further maximize the efficiency of our warehouse, we needed the power of the Macola product, but with the ability to move this power around the warehouse floor on wireless handhelds while connected real-time with the full ERP system,” said Aguirre. “WiSys Agility gave us exactly what we needed.”

Implementing WiSys provided immediate value to the Instawares warehouse operations. Installed on standard handheld Wi-Fi wireless devices, the warehouse workers quickly mastered the WiSys Agility interface, which essentially is a streamlined Macola interface, carefully optimized for achieving the greatest productivity in the warehouse environment. Only functionality directly applicable to, and needed for, warehouse product movement is included. The WiSys interface ensures that learning time is short and very user-friendly, and the possibility of product movement errors is reduced. “WiSys Agility proved very easy to learn and to use for our staff, which makes it easier for me, too. The optimized interface has reduced handling mistakes by only displaying choices that are relevant to the warehouse,” comments Aguirre.

Instawares quickly used WiSys to gain visibility into product movement. WiSys makes multiple bin implementations with Macola simple. Multiple bin capability allows Instawares to know the locations of any product in real-time, and it enables powerful cross-dock shipping. For example, if an order comes in for a product, and a shipment of that product has just arrived at the receiving dock, WiSys Agility Mobile can locate the ordered product at the dock and ship it directly from the dock. With WiSys Agility, the receiving dock can be treated as just another bin from which product can be processed, thus eliminating the cost of having to pick, pack and ship product only after it has been first put away.

Since using WiSys, Instawares has:

With the increase in productivity and shipments, WiSys paid for itself in less than 5 months.

The top benefit of WiSys is that Instawares now processes 400% more product orders with fewer staff. “WiSys Agility has more than paid for itself after only a few months of use. It has been a set-it-up-and-forget it product,” says Aguirre. “Now warehouse operations are so efficient I don’t even know there is a warehouse there anymore, which is a good thing for everyone.”