Watch this webinar to see the new WiSys features and functionality

WiSys Agility build 567 was released in October 2017 and is now available with a 3.0 update.

During the webinar, you will see new WiSys features including:

Want an easy alternative to SSRS? Agility Analytics is now available as part of the base Agility product with no extra cost and can be run in Agility Explorer Desktop or Agility Web explorer.

Agility Explorer Desktop printers can now be setup and managed for ALL USERS by the administrator from their desktop.

Want to run Agility applications in Synergy? With Synergy version 10.5 and above, Wisys Widgets can now be added to your Synergy menu, allowing users to run any Agility Explorer Web grids, process grids or analytical dashboards.

List views and dialog functionality is now available. This allows users to view a list of customers, orders or items in a streamlined list and drill into full details. This is great for mobile device users to get the data they need wherever they are.

An Agility Mobile App is now available for iOS and Android. 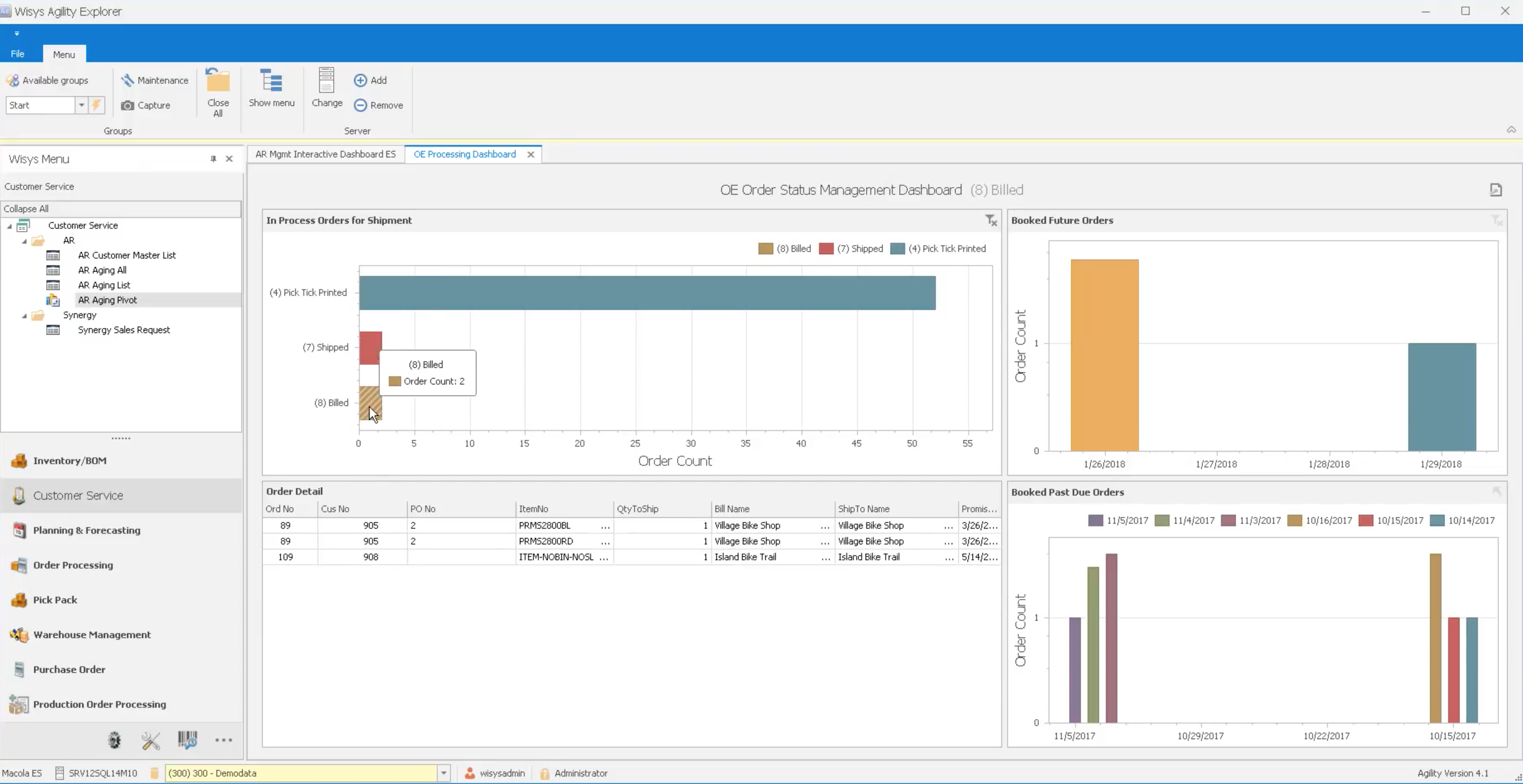 Fill out the form below to view the webinar.