In July, Exact’s new General Manager, Alison Forsythe, approached me about getting together for a meeting to talk about Macola. I’ll be honest, I was surprised. What was more surprising was that she wanted to fly to Atlanta to meet with me rather than asking me to visit her in Columbus. I felt honored that someone would seek my opinion about Macola after all these years.

Alison was very interested in the first two formative decades of Macola during the 80’s and 90’s. Those were the years of the massive organic growth and when the vast majority of the customer base was developed. I was impressed that she looked to the past success to understand more about how to create a strategy for the future. As I told Alison, the key strategies for our success were defined by four key strengths:

We all know that the Macola base has lost a lot of momentum in the last 10 years. However, we need to be aware of these facts:

This industry is persistent and has longevity. Many reading this post have been in the Macola business since the first two decades. I believe that Alison and her team want to return to some of those successful roots.  Some of those fundamentals still work, but times have also changed. What worked in the 80’s and 90’s needs to change as well to adapt to new technologies and communication networks.

We are at a critical crossroads for our industry. Last week Exact hosted a reseller-only event, which has not happened in a very long time and this momentum should not be wasted. I was honored to introduce Alison at the Macola partner conference (Exact Macola Edge) and I support her team. I look at this as a chance to turn the industry around and I hope you will join me. 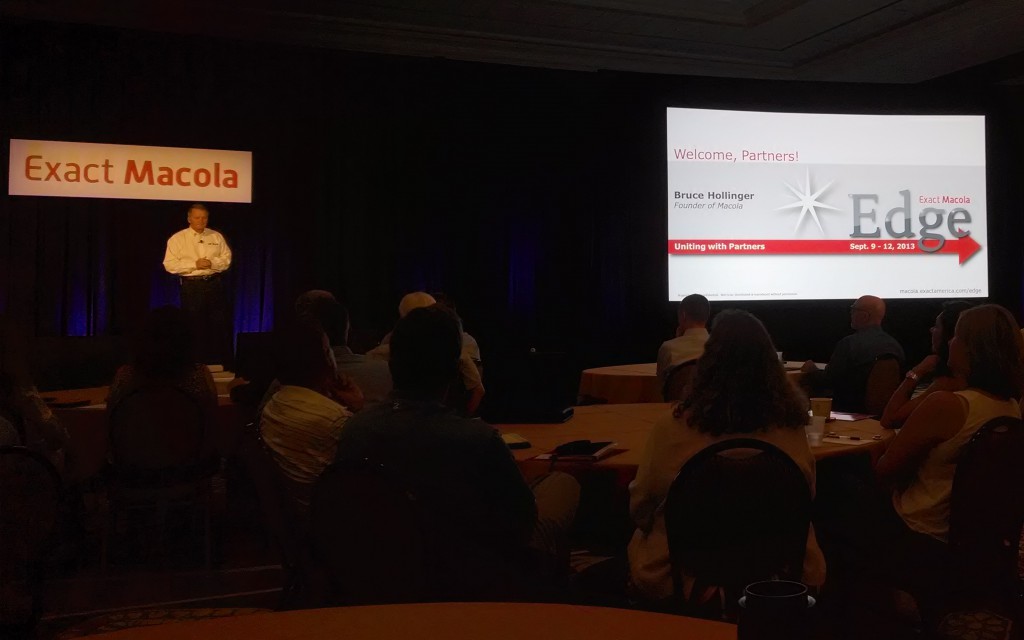 Join the discussion No Comments