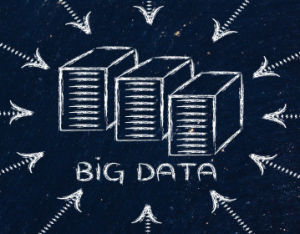 We talk a lot about real-time data…

There is no big data without real-time data

The era of big data won’t materialize without fast data

The ability to gather data in real-time throughout the supply chain is what brings value to WiSys customers because decisions can be made on reliable information.

And we aren’t the only ones talking about real-time data this year. Here are a few others who speak to its importance.

Predictions for Big Data Tech in 2015
from Barcoding Connected

Experts are claiming that throughout 2015 organizations will develop their big data applications beyond initial batch deployments, using the technology to gain insights in real time. The motivation for this is the potential benefits, which have been highlighted by how far big data has moved businesses forward previously. Industry leaders have been at the forefront of this and are incorporating big data applications as part of their analytics programs, and are gaining real time data to help steer their business as they work.

The Era of Big Data Won’t Materialize Without Fast Data

But they should be – size, after all, is only part of the equation. With data coming in at increasing speed from a growing number of sources – including mobile and wearable devices, sensors attached to equipment, the cloud and social media – data has become more unwieldy than ever before.

Perhaps the reason that fast data has taken a backseat to big data in mainstream conversation is because the two are so conceptually intertwined that it’s assumed that one follows the other.

Enterprises could spend years, even decades making sense of the information they’re collecting. However, the current business climate requires, above all else, agility, and in order to remain competitive, organizations must be able to make decisions at near-real-time speed. Furthermore, as applications are required to meet increasingly demanding SLAs, this requires the ability to process data as rapidly as it is being generated. With traditional computing, this isn’t possible.

The basic technology to process massive amounts of data in real time is in fact already in place, and gaining significant awareness in the marketplace.